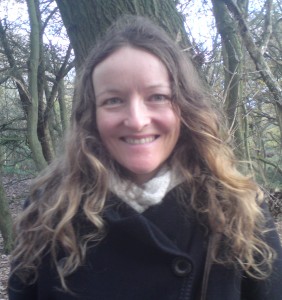 “Since about 2000, my life has been dedicated to discovering more about the world ….. both the world that I live in, as well as my inner world. This journey has taken me on travels to many parts of the globe, to learn and absorb from different people, cultures, and from nature. At the same time, meditation and inquiry into who I am, what I may be doing here, and how to live a rich, full, healthy, happy and engaged life has taken me deep into myself and experience. What excites me is the growing recognition and awareness that my inner world and the world ‘out there’ are the same thing, and it is this that I am exploring in this website.”   Clare

I was born and grew up in the English countryside, my early years spent living next to an old beech woodland in the Chiltern Hills. Many hours as a child were spent here roaming the forest and having adventures, the start of a lifelong love of woodlands and wild nature.

Other than nature, my other love was art, and I was a keen painter and sketcher. I went on to get a Degree in Art History and a MA in Arts Administration, followed by working for some years in Italy and then in London in art galleries and museums as an exhibition organiser for contemporary visual arts.

By this time (mid 1990’s) I had also begun yoga, Jungian psychoanalysis and begun dabbling in meditation, brought about by an awakening interest in investigating my inner reality, and questioning the ideas and beliefs I had inherited and been taught.

In 2000 I left my job and went to South India for 6 months, staying in Ashrams and training as a Yoga teacher. For the next few years I spent half the year in Asia, mainly south India, but also Nepal, Sri Lanka and Thailand, doing yoga, training as a Thai Massage Therapist, and learning Vipassana meditation amongst other adventures. This was also a time of copious reading of spiritual teachings from the Indian traditions and others. The other half of the year I worked in London as a Ashtanga Yoga teacher and Thai massage therapist.

At the end of 2003 I came across the teacher Paul Lowe and in 2004 attended one of his workshops in Germany, I went on to attend all of his workshops that year.  The focus in these events on transparency and honesty, and on simply being present to whatever arises, was a powerful catalyst for me, and opened me up to a deeper connection with myself and others. A magic would happen in these events where everyone would let down their defences and a field of unity, love and inclusion would open up that felt different to any gathering I had experienced before.

For the next few years, I went to most of Paul’s summer events, and was involved in a loose community of people in north London, some of us sharing a house together and others living nearby, making truth and awareness our priority. We held weekly sharing groups and other events. I also became part of the organising team for Paul’s events and worked on archiving his writings.

I also continued to read and study and go on retreat with some other meditation and wisdom teachers.  However I practised following a natural intuitive way of life, rather than any particular discipline, I no longer got up early every morning for a 2 hour yoga session, or a formal meditation practise.

At the end of 2006 I sold my London flat and travelled to Australia again where I spent 6 months living in a small cottage on Paul Lowe’s property. This was a time of more deep healing for me, and was also a time of much inspiration where the seeds of future projects were planted. The energy of this land was strong, and living there was at the beginning quite challenging for me, in that I was often having my unconscious patterns and behaviours pointed out to me. It was also where after years of city living I had the space to deeply connect with nature, and spent hours gardening, weeding, digging my hands into the earth. In 2007 I travelled with Paul back to Europe and then to the USA on his last teaching tour (he then retired from doing events).

By now I felt I wanted to participate more in the world, after these years very much focused on inner transformation. I had already decided I wished to invest the money from selling my flat into buying land and starting a small community project. I decided to take a trip to Latin America and follow up on this. In 2008, I spent 6 months in Central America and 3 months in Brazil. I did a Permaculture Design Course, volunteered on farms and ecological projects, learnt about medicinal herbs, visited different communities, and looked at the possibility of moving to a tropical paradise to live and create.

In the end though I ended up back in the UK, and for the next few years looked at a few possible locations in France and Spain and South west England. I also had met Monte da Vida co-founder Servan by this time, and we had recognised our common vision for creating community. I was also introduced by him to Taoist practises – chi gung, tai chi and taoist meditation. Since 2009 I have been regularly attending trainings with Taoist Lineage Holder Bruce Frantzis, and have undergone various instructor trainings, and begun teaching.

Over the past 15 years I have also pursued my interests in ecological restoration and alternative systems (economic, health, education etc), and have done a lot of research into these fields. I began this blog, as a way to channel some of this interest and gather together my ideas around the intersection inner and outer realities, the balance point between the meditation path of inner transformation, and the external path of conscious action in the world.

By early 2013 the land purchase was finalised for Monte da Vida – Centre for Meditation and Ecology and I began working full time on creating the first phase of infrastructure and working on making a project plan for returning the land to a state of true natural abundance.